My Stella homework never saw the light of day this semester. Students were to implement a kaleidoscopic drawing application. Pixels plotted in one wedge were mirrored around the radial axes of the image. I felt that I would have had to provide too much scaffolding code for students to feel ownership over the project, so I abandoned it. Maybe another semester in a different course.

I called the homework Stella because the first images I made looked space-ish. But in one of my debugging sessions, as I randomly dragged the mouse around the screen, I ended up with an image that looked more like a grandmother: 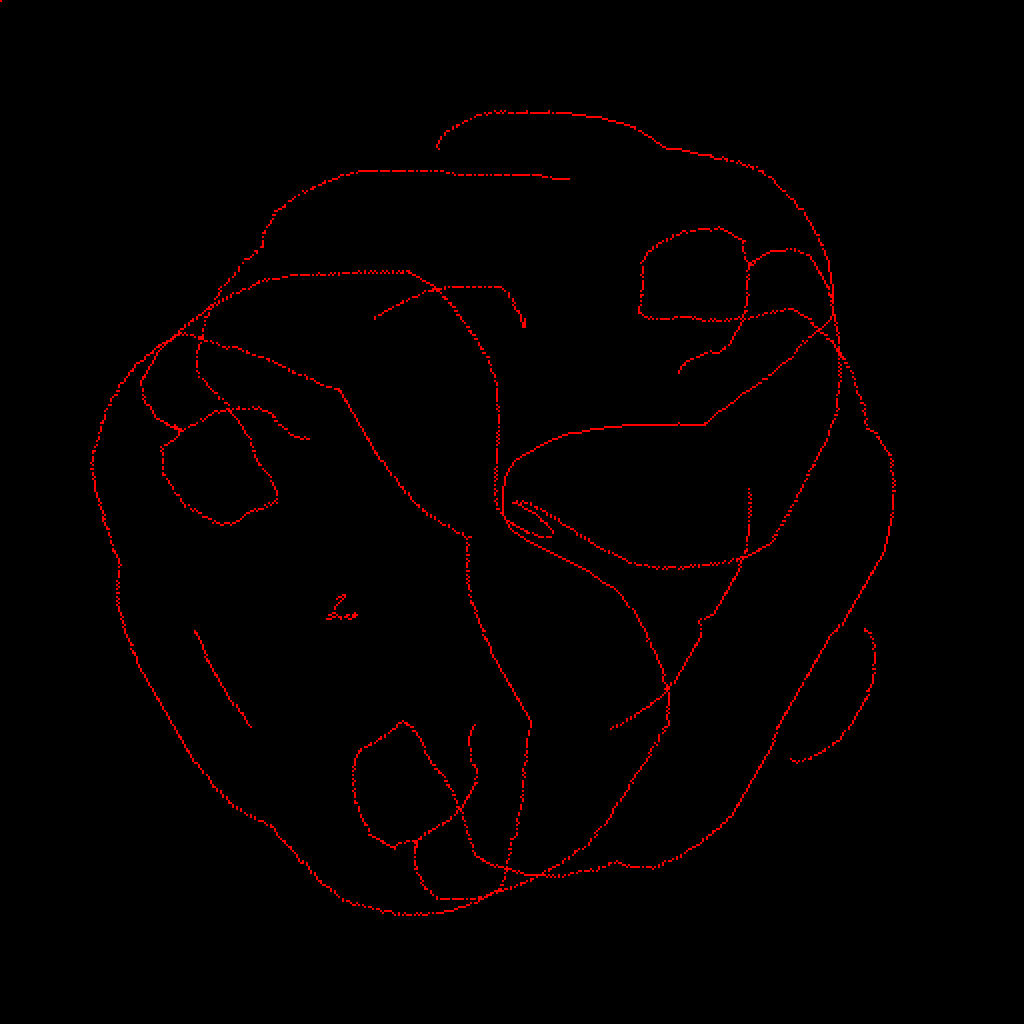 This was pure accident. I didn’t know that I had made anything until I released the mouse.

It’s difficult to tell, but there are three radial axes here. All wedges contain the exact same pixel content, but the two leftmost wedges are mirrors of each other. It’s easier to see when we superimpose the axes: 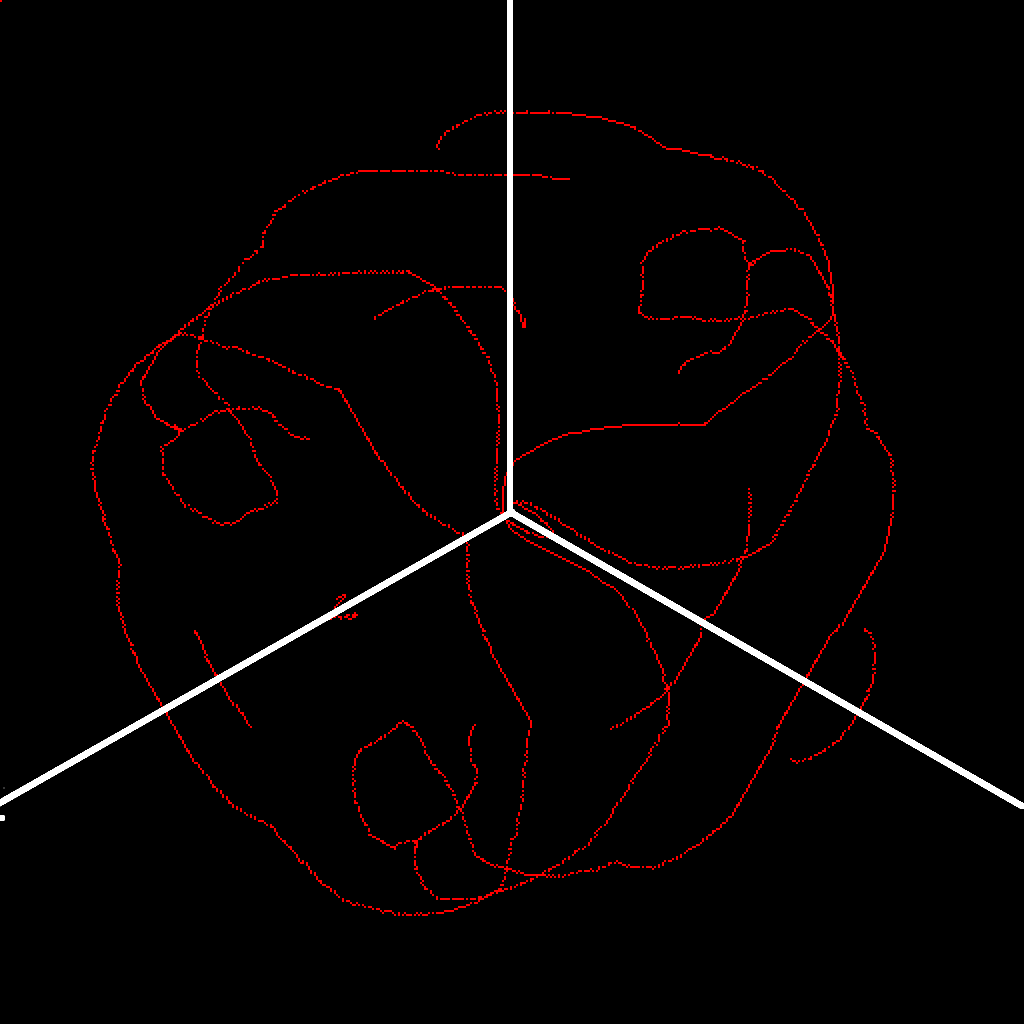