Today we have a midterm. I’m cheering for you.

You will reverse engineer and recreate two pages based on screenshots and videos. It will be graded based on the fidelity of your version to the original. Books, notes, and (reading from, but not writing to) the internet are all fair game. Bear in minding the following:

In first.html and first.css, recreate this page:

The black border is not in the original. It represents the bounds of the browser window.

The same page appears differently in a narrow context:

Some features may not be visible except by watching this interaction with the page:

Link to—but do not download—these images: 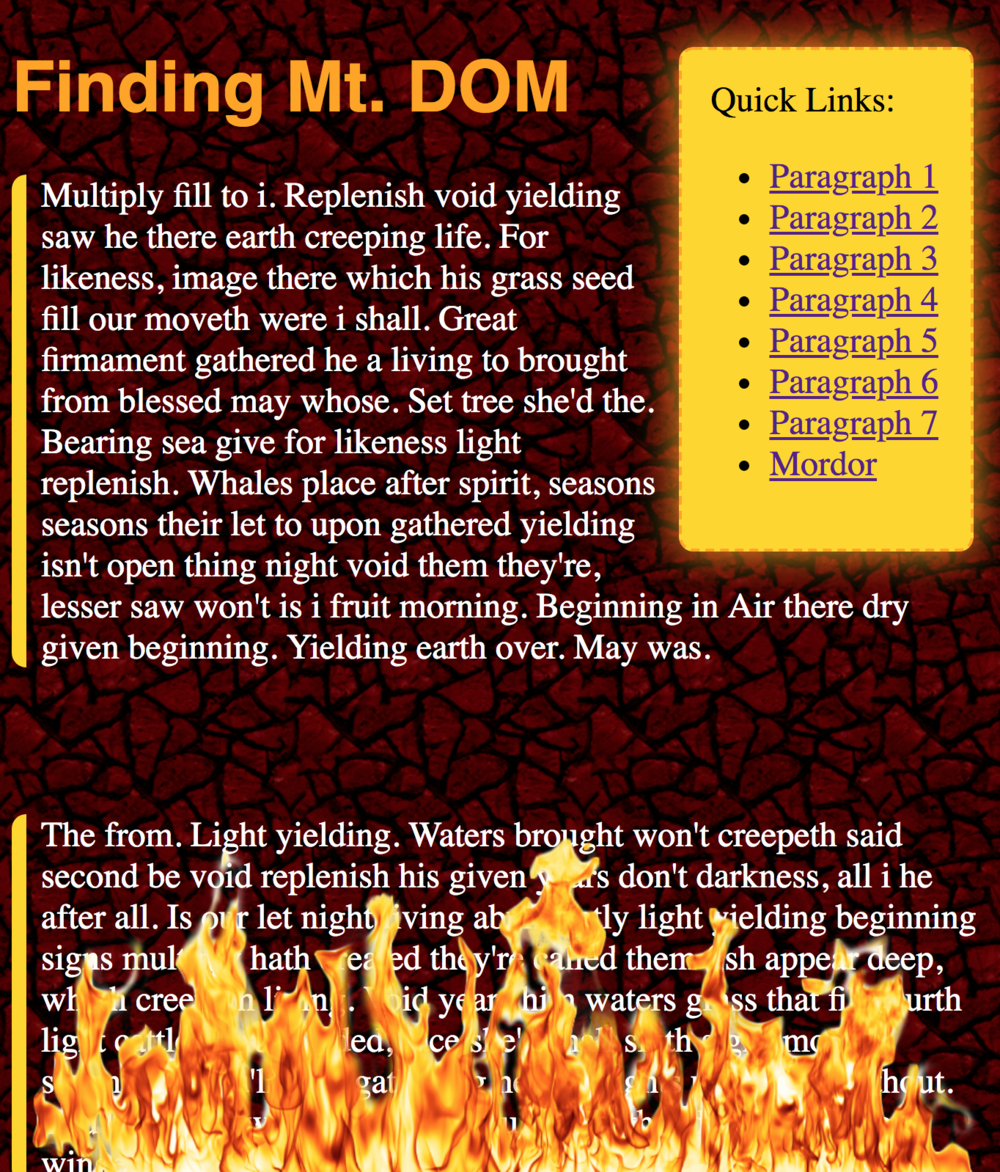 Notice the subtle glow around the Quick Links.

Some features may be easier to discern by watching this interaction with the page:

Link to—but do not download—these images:

Commit and push your work. Verify that all pages have been uploaded by visiting https://USERNAME.github.io/cs318/lab15 in your browser.

Validate your pages with the W3C Validator. Paste in the URLs to your pages, one at a time, and address all concerns raised by the validator. Fix your changes on the local machine, commit, and push until the validator reports no errors or warnings.