During our last week in New Zealand, we attended the Matariki Festival at my sons’ school. Matariki is the Māori name for one of the stars that becomes visible in June, marking the start of a new growing season. The school celebrated with song and dance and an art show. For the art show, one of my sons had designed a star-shaped plot, but neither he nor his teacher could find it on display. He was sad, a severe case of art-ache.

Tonight after supper we recreated his artwork. First we wrote a small Twoville program to plot three axes with discrete tick marks:

We exported to SVG and plotted six of these patterns with an AxiDraw. Then we connected the nodes with lines and colored in the patchwork. Here are five of the completed stars: 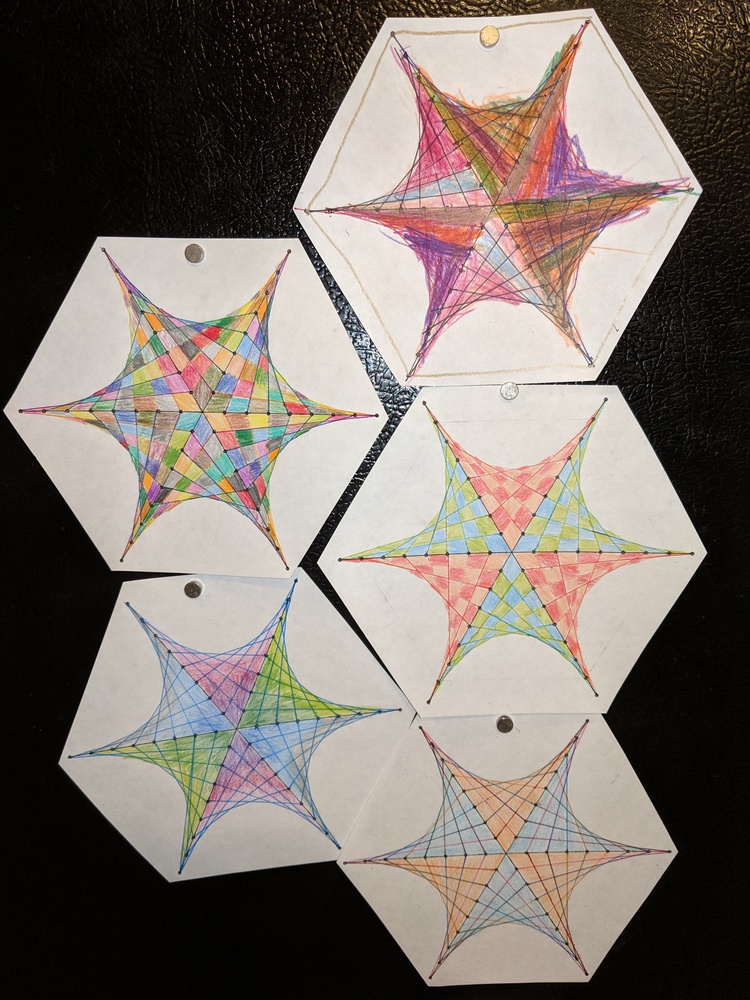 Which one do you think is mine?

The sixth didn’t get finished because its owner was too busy staring at and not eating some green peppers.